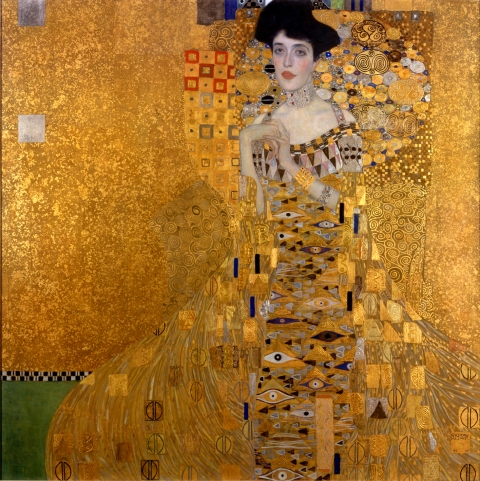 Two things most people know about me and I don’t keep it much of a secret – I’m a bit of a lunatic when it comes to discussing film and art. “Passionate” would be an overly kind way of putting it. So, when the two subjects combine, I get excited to say the least.

Now, before I get into specifics, let me explain some history within that genre so you can better understand both my excitement and frustration. There are very few films about the subject of art that work, and it is a field that filmmakers avoid like the plague. Maybe with good reason, but I am optimistic that certain hurdles could be circumvented. Have you seen the most recent adaptation of Flemings’ Casino Royal, where James Bond spends a good chunk of the film playing poker? Now ask a professional poker player (or amateur or anyone with moderate knowledge of Texas Hold em’) what they thought of those scenes. That is the problem with making a good film about the art world. I’ve often said art is a language, filed with jargon and terminology that would be difficult to portray accurately without mammoth amounts of wasteful exposition. Because, like the Poker in Casino Royal, it would have to pander to the most uneducated and ignorant members of the audience. Thus, alienating your built in, target audience. My optimism on the subject stems from a belief that not every film has to be structured to fit within the understandings of the widest group of potential ticket consumers (there is an obesity joke there but I’m going to leave it alone).

Thus, you get half a dozen biopics about minor, 15 minutes of fame nobodies every month (there was a time in this great nation, when two movies about Joey Buttafuoco where competing with each other), an yet there has never been a major film depicting important historical figures like Monet or Cezanne.

In my mind, there are great films just waiting to be made about Rembrandts decent from fame and Royal following into poverty. About Monet’s major muses, the three women in his life that had the title of Madame Monet, each inspiring a new direction in his paintings. About Sargent’s exile from Paris after the Madame X scandal. About Jean Francois Millet and the Barbizon School. About Manet, Degas, Renoir and the rest of the group that would later be known as Impressionists shunning the Paris Salon. Etc, etc…

There was a very good film this past year about Turner, so there is still hope. But they are few and very far between.

This gets me to the angry part of my rant – The Woman in Gold.

Of all the films that could be made, it is all the more insulting that this is the one that gets the star treatment. And not because of its artistic subject either, as Gustav Klimt’s pencil drawings are some of my absolute favorite works within the medium. No, the reason this film gets me so fired up is that, having followed the story, I know the film is complete and utter bull.

If you want something closer to the truth, start with The Art of the Heist: Lady in Gold, and avoid this Hellen Miren staring glorification of the events. At least in that version, they present evidence and show both sides of the argument.

Here’s my take (spoilers to follow):
Did the court ultimately make the right decision, rewarding the 5 Klimt paintings to Maria Altmann and the other heirs that took the Austrian Government to court? Probably. But it is far from the David and Goliath story the film is trying to portray it as.

Quick history – The Klimt paintings, including the Portrait of Adele Bloch-Bauer, Gustav’s masterpiece and arguably one of the most important 20th century paintings in Europe, the Austrian Mona Lisa it has been called, were stolen by the Nazis during WW2. Along with, tragically, thousands of other priceless pieces of artwork that many people have spent decades tracking down. The subject and sitter of the painting passed away years before these events and in her will requested that the painting be left to The Austrian State Gallery, but it was owned by her husband and technically his to bequeath. In his will, he noted that he would honor his late wife’s request and donate the 5 Klimt paintings (the legality and binding nature of this has been much debated). He passed away in November of ‘45, and when the artwork was discovered years later, it was taken into possession by the museum and therefor owned by The Austrian Government. The argument is basically, given the Austrian Governments complicity and handling of the Nazis, the husband and owner would have amended his will had he still been in possession of the pieces. And, since he left his entire estate to his heirs which included Maria Altmann, they should be considered the true owners.

In the nineties when the case was brought up, the Austrian legal system was trying to become more transparent in dealing with reparations and healing from this very dark period, but still had limits and fees placed on certain aspects. One of which was legal fees of 1% of the value you are suing for. At the time, the Klimts were valued at $150 million dollars US, so Altmann and the other heirs would have had to pay $1.5 million to bring the case to court. To try and work with them, the Government lowered the fees for this one instance but they were still going to cost $300,000, which Altmann was unwilling to pay.

The painting re-titled Lady in Gold (sadly because, during wartime they did not want such an important piece to bare a Jewish name) was set to tour the world so that as many people as possible could enjoy it, and it came to the United Sates. Which, through a technicality, meant that Altmann could file a case without paying the fees required. The Supreme Court ultimately ruled in favor of Altmann and the other heirs, and they were rewarded with the paintings.

Here is where, I’m guessing, the film ends. The reality of what comes after, even though the trailer of the film has touching moments where Altmann nostalgically speaks of her aunt and wants her portrait for her family, is that they never even accepted the paintings. They were shipped directly to sell at auction, where they combined to get roughly $325 million dollars and be placed into private hands. This was about an opportunity to make money. I don’t fault them for it, but it shouldn’t be celebrated and it has caused dozens of other cases with less merit to pop up and a general fear and unwillingness to put together these traveling exhibits for fear of foreign legal systems. Not to mention the loss for the public, who can no longer visit these works in there intended home.

Did the Austrian Government deserve to own these paintings? No. But did the museum and the public deserve to lose them? Also no.
This was a sad repercussion of a dark and terrible history.

The one thing I’m sure of, is there are an infinite amount of much more deserving true stories to be mined from the world of art and art history.

I’m glad the film is getting terrible reviews. I want there to be more films about art, but this is a rare one I will skip.